Chairman and CEO of the Takara Belmont Corporation, Hidetaka Yoshikawa, has received the Order of the Rising Sun, Gold Rays with Rosette in recognition of his contribution to the prosperity of the beauty and medical industries over many years.

Based in Osaka and Tokyo, Japan, the Takara Belmont Corporation is a highly regarded and prestigious manufacturer of professional equipment primarily for the barbering & salon and the dental & clinical industries.

As the head of Takara Belmont Group, Hidetaka Yoshikawa has established production systems and expanded distribution overseas since he was appointed as president in 1989, which has profoundly reinforced the foundation of the business. Through development of the automatic shampoo machine “Aqua Forte” series and the professional hair dry machine “Care Dry”, Takara Belmont has also helped promote automatic services across our industry. With full-flat shampoo bed “Yume” it has also pioneered new services like head spa.

Over the years, the Takara World Business Congress is an event which has been held periodically and sees the launch of innovative new products and services which has contributed to the growth of the barber and beauty industry. Mr. Yoshikawa has also been active as Chairman of the NBBA, the National Beauty and Barber Manufacturers’ Association in Japan, and through activities of trade associations both in beauty and medical industries, he has contributed significantly to the prosperity of these industries. Additionally, as an Honorary Consul of the Republic of Chile in Osaka, his continued contribution to society is recognised thanks to his work in maintaining friendly relations and expanding trade between Japan and Chile.

The Conferment Ceremony for the Order of the Rising Sun, Gold Rays with Rosette and Attendance to the Imperial Palace was scheduled to take place on May 15, 2020; due to the current circumstances the event has sadly had to be cancelled. 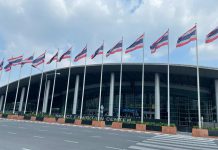 Taiwan: Coping with the Crisis While Keeping Your Scalp Cool!

June 22, 2020
The current crisis has affected different countries in different way. On our global tour of discovery of how each one is coping, we have...

Dancoly discovers the power of white truffle for hair wellbeing

December 2, 2019
All types of hair can benefit from groundbreaking new organic ingredients. Dancoly Cosmetique has displayed at Cosmoprof Asia 2019...