Australian haircare brand Kevin Murphy has appointed Vincent Tercé as Managing Director EMEA. This move, which took place on 1st November, represents an important promotion within the company where he has been head of general management for France.

For his new role, Vincent Tercé will be based at the headquarters in Copenhagen.
His carrier speaks for itself: after having made his debut in the luxury hair industry in the marketing department of Estée Lauder France, for the brand Bumble&bumble, in 2012 he took up the challenge to participate in the launch of the brand Kevin Murphy in France. His role was pivotal in the development of the brand from marketing, educational and commercial perspectives.
To succeed him at the head of the French team is Thomas Rubini, the new Managing Director France. With experience in the professional hair industry as sales director within the Schwarzkopf Professional brand and then as General Manager for Great Lengths, he will ensure respect for the work carried out by the brand since its arrival in 2012.

Kevin Murphy: a Serious Commitment for the Environment
Respect for the environment is a big part of the effort Kevin Murphy brand is putting in action in almost all its initiative in the international markets. A commitment that starts with the formulation of its products and packaging: ingredients are from renewable sources and harvested using methods that do not damage the environment. They also joined PETA (People for the Ethical Treatment of Animals) a label certifying that no test is carried out on animals.

One of the most appreciated choices of the company has been the adoption of Ocean Waste Plastics (O.W.P) technology, that means using packaging made from 100% recycled plastic from the oceans, resulting in a circular supply chain today. The Australian brand thus becomes the first cosmetic brand to implement such an initiative, thanks to which it plans to save more than 325 tonnes of plastics each year.

In 2020, the brand has partnered with Reforest’Action offering the opportunity to its hairdressing partners to support forest reforestation projects. In 2020, the brand is sponsoring each new employee to become an actor in this operation through the symbolic gesture of planting a tree. Within a year, KEVIN.MURPHY will have planted 2,000 trees, thanks to its customers and employees.

In addition, the brand has partnered since 2017 with the Collecte du Coiffeur which helps hairdressing professionals to recover their waste such as colouring tubes, aerosols and disposable razor blades in a safe and secure way. fast while respecting the environment. In a few figures, the Hairdresser’s Collection is: 30,976 collection points, 870 tonnes of waste processed and 700 Subscribers collected per day.

Farewell to Arturo Taverna: One of the Patriarchs of Australian Hairdressing

Businesses Answer the Call to Adapt and Diversify Post-Pandemic 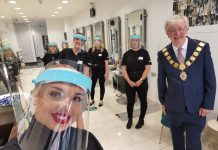 TONI&GUY: How a Global Brand Took On A Global Pandemic

Keeping Up the Supply of Hand Sanitisers in Australia

How Do Companies Cope with the Worsening of the COVID-19 Outbreak? ASIA&Pacific 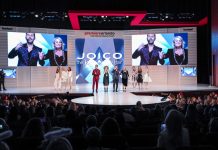 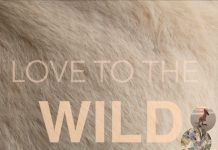 Salon Professionals helping to Save the Planet

March 11, 2020
With International Exhibitions being cancelled, whole countries on lock-down and nobody feeling safe to travel, we can always rely on online platforms to support...

TONI&GUY: How a Global Brand Took On A Global Pandemic

September 18, 2020
A household name worldwide, TONI&GUY is without doubt a force to be reckoned with when it comes to hair and beauty. As a global...